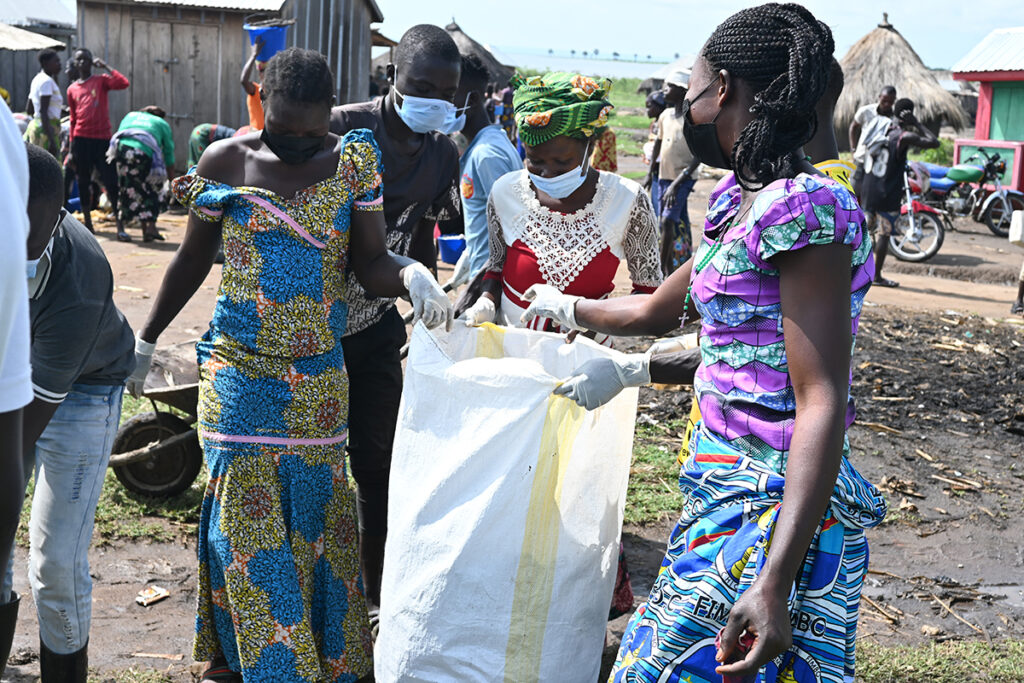 Plastic pollution is a common problem in the Lake Albert region because it is widely available, commonly used, and often discarded carelessly. Because of its strength and durability, plastics discarded into the environment have the potential to remain in soil or water for many years. Plastic pollution is a particular problem in the Lake Albert region, where plastic production and consumption are increasing due to mushrooming factories and small scale industries in the region, with no waste management plan or infrastructure in place, and environmental education and awareness are limited to many fishing communities living on Lake Albert. 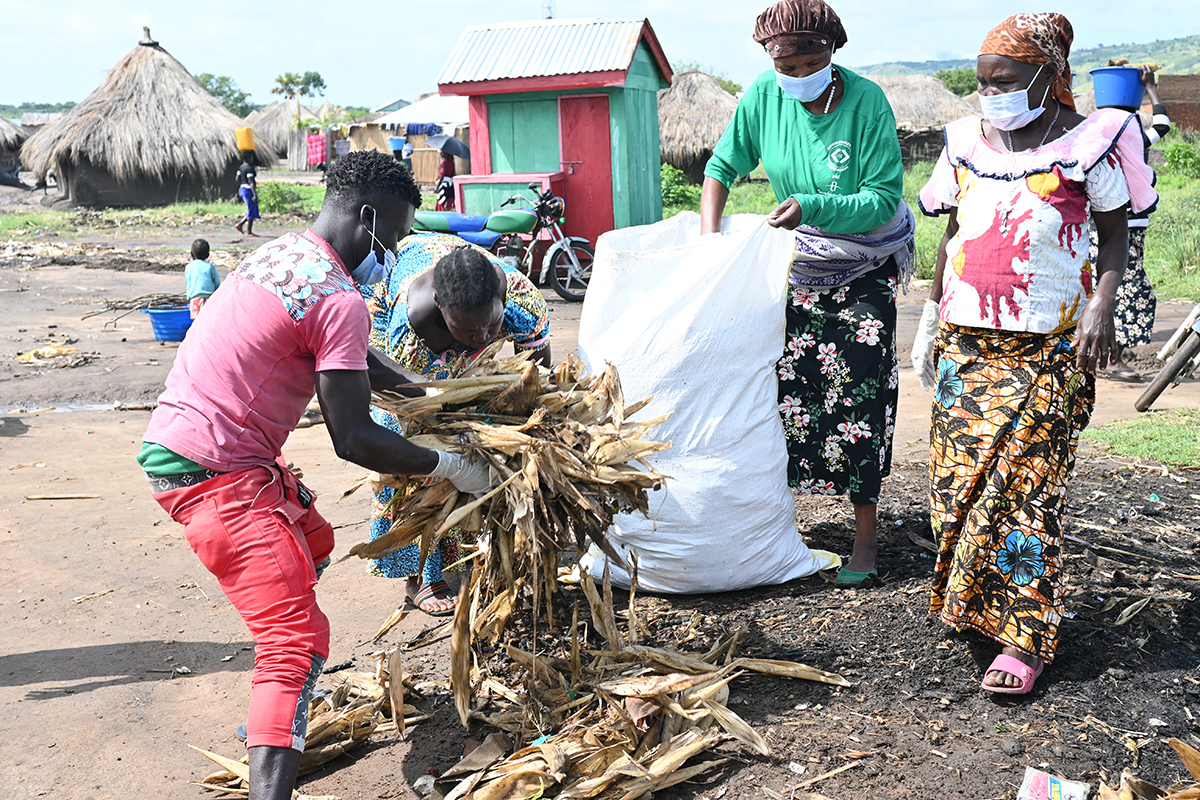 In light of the foregoing, Environmental Defenders organized a one-day cleanup to remove polythene bags, plastic, and other toxic waste from Kolokoto fishing village on Lake Albert.

The cleaning exercise took place on November 14, 2022, with teams of Environmental Defenders participating in collaboration with local government, religious, fishing community, and youth. The cleaning exercise was attended by local stakeholders such as the police, armies, border security officials, and health officials. The exercise was organized with the primary goals of cleaning the Kolokoto landing site from increasing plastic and polythene waste, which have become major threats to the Lake Albert water source, promoting community health and preventing water pollution, and raising awareness of the negative effects of poor waste disposal in the fishing village. 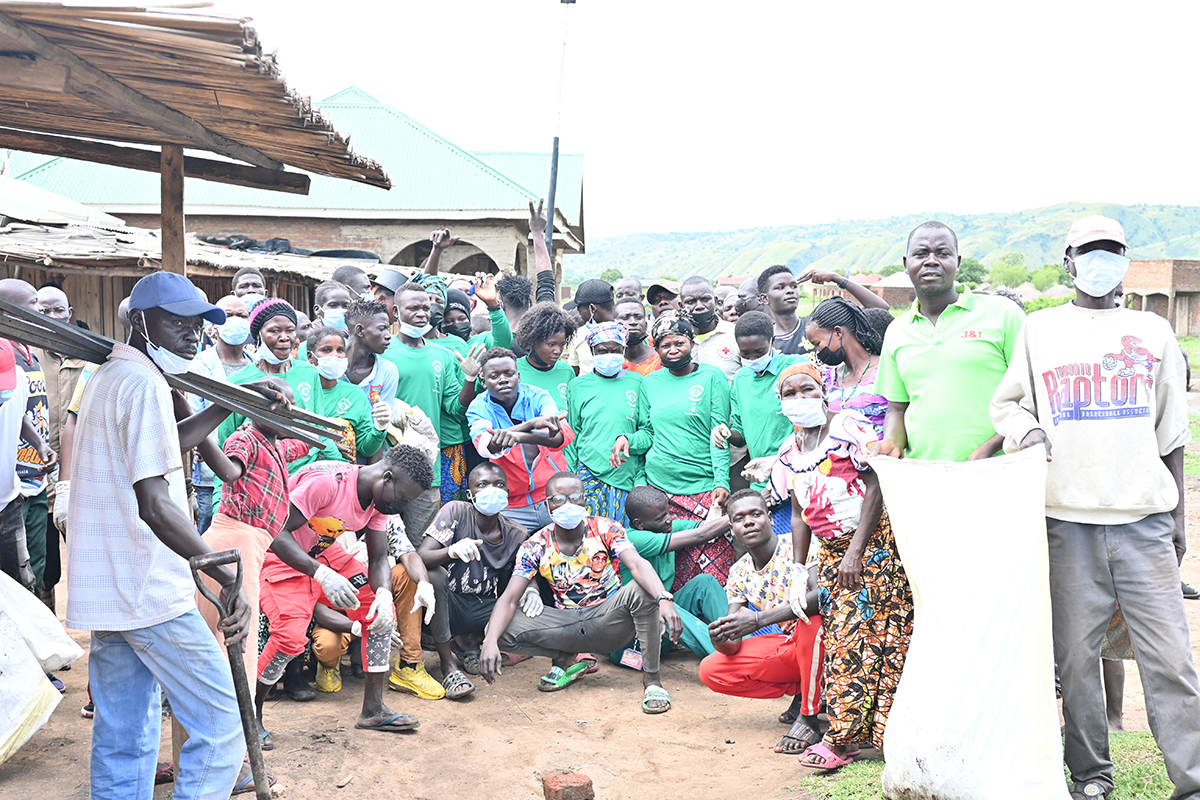 By carrying out such activities, Environmental Defender is protecting water sources, promoting environmental stewardship, and mobilizing the local community, including women and youth, to take charge of environmental protection. During the cleaning exercise, Justine Oguti urged that water sources be protected, and they encouraged the people of Kolokoto fishing village to embrace living in a safer and cleaner environment that would not contribute to the spread of pandemics such as Cholera, among others. In recent years, there have been reported cases of Cholera among fishing villages on Lake Albert, which experts say could be attributed to poor hygiene and waste disposal by residents. People were therefore urged to practice good environmental hygiene in order to avoid a pandemic outbreak.

The environment officer for Wagungu, Mr. Anyolitho Ibrahim, thanked the Environmental Defenders and went on to say that it would be very helpful if people would support it and that those who use polythene bags should handle them properly, especially those who sell water in the bags and should have collection bins nearby where they sell their products.

The village chief of Kolokoto, where the fishing village is located, Mr. Ofoy Ugengo, also congratulated the Environmental Defenders and requested that the action continue to other fishing communities in addition to Kolokoto. He persisted in urging the local business owners to maintain a clean environment and refrain from recklessly discarding plastic debris and polythene bags where they were conducting their operations.