The last line of defence. Halting the Ecological Crisis and Ecosystem Collapse of the Congo Basin Edge 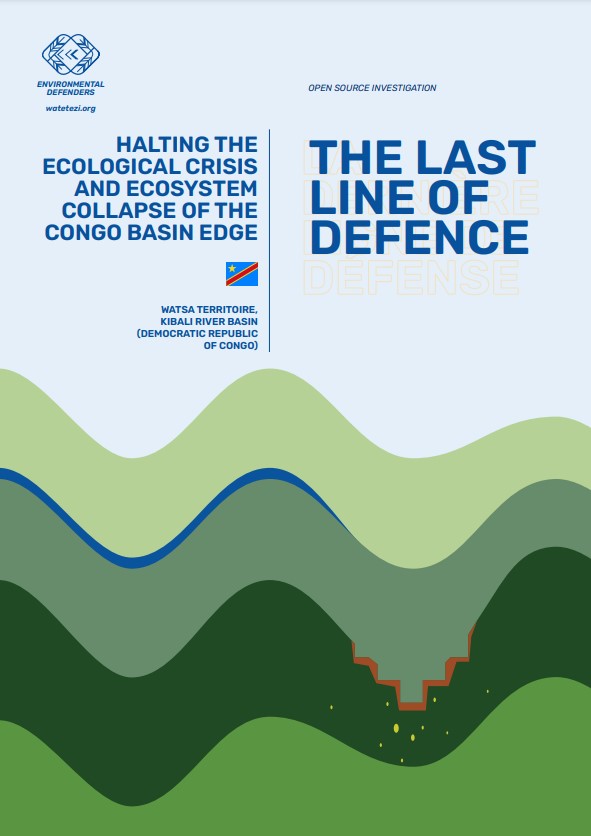 Congo Basin rainforests are ignored or downplayed. Between 2008 and 2017, the Congo Basin received just 11.5% of international financial flows for forest protection and sustainable management in tropical areas, compared with 55% for southeast Asia and 34% for the Amazon. This despite the fact that soaking up some 1.2 billion tonnes of carbon dioxide each year is arguably one of our last lines of defense against climate change, especially since the Amazon apparently can no longer absorb carbon. There are no quick fixes, but right now the Congo Basin edge is under attack and some ecosystems are collapsing, such as in the eastern provinces of the Democratic Republic of the Congo.

Because of climate change processes, about 4 million hectares of forest in the provinces of Haut-Uélé and Ituri, could experience an ecological crisis by 2050 due to complex socioeconomic, political and environmental interactions. By itself, this would demonstrate the urgency to take action before ecosystem functions and services are compromised.

In the territory of Watsa alone, in the province of Haut-Uélé, at least 57% of the vegetation cover is less than potential and by restoring the 19,000 ha of degraded land considered as having a high restoration potential, about 4 Tg C/ha/yr of average aboveground carbon accumulation can be guaranteed.

However, it is not just a question of how much carbon can be sequestered. The report “The Last Line of Defense” investigates the concepts of social, ecological and climate justice by focusing on the Watsa territory, and then uses ecofeminism as a model of mutual dependence and its intersectional perspective to build practices and solutions as an alternative to the extractivist and colonial model.

We are talking about practices and solutions designed to be implemented collectively by local communities and civil society that almost never had the opportunity to be consulted. Solutions that fall within the process of ensuring peace in a land cyclically plagued by conflict. Solutions that are needed to heal land contaminated even chemically by mining exploitation. Solutions that belong to a millennial way of managing the land, by prospecting the revitalization of ancestral knowledge, language and traditions.

Hence the intersection with scientific criteria that assisted in determining a number of areas in Watsa’s territory preferable for rapid, effective, and priority restoration. These are in particular the reliefs to the west of the populated area of Watsa, and around the logging roads of the Mari-Minza chefferie.

We have the solutions, but we can’t implement them on our own. Support us.