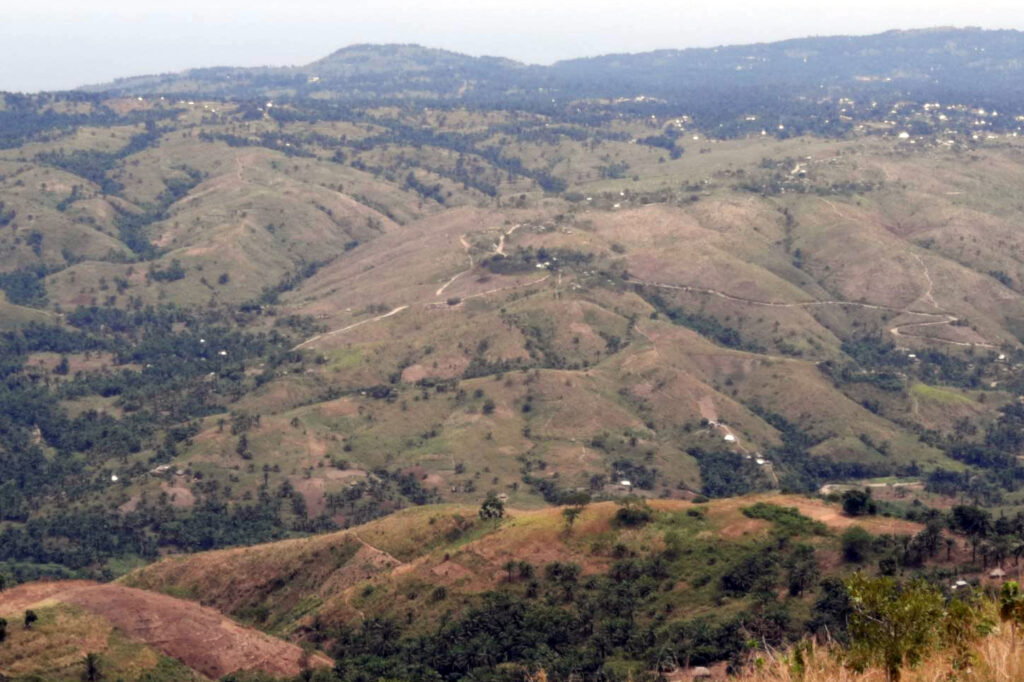 By 2050, the global population is expected to be 9.7 billion, increasing the demand for agricultural products including food, feed, fibre, and fuel. About 25% of the total global land area has been affected by land degradation.

It is estimated that in the drylands, 12 million hectares of land are becoming degraded by desertification processes annually. Globally, 1.5 billion people are affected by land degradation, especially rural communities, smallholder farmers, and the very poor 70% of the world’s poorest people live in rural areas and depend on agriculture for their livelihoods

Land and forest degradation threaten the livelihoods, well-being, food, water, and energy security and increase the vulnerability of millions of people. Pressures on the global land resource are increasing because of: the growing demand for food and agricultural commodities, both quantity and quality, for a growing and more affluent world population; competition for productive land for biofuel, urban expansion, and other non-productive uses; decreasing or lack of growth in productivity due to declines in soil health; weakened resilience of agricultural production systems because of depleted biodiversity and ecosystem services; and natural factors such as climate variability and extreme weather events.

In 2015 the UNCCD introduced the new concept of Land Degradation Neutrality (LDN), which was later adopted as a target of Goal 15 of the Sustainable Development Goals, Life on Land, “By 2030, combat desertification, restore degraded land and soil, including land affected by desertification, drought, and floods, and strive to achieve a land degradation neutral world.” Over 120 countries have committed to pursue voluntary LDN targets.

The objectives of LDN are to:

• maintain or improve the sustainable delivery of ecosystem services;

• maintain or improve productivity, in order to enhance food security;

• increase resilience of the land and populations dependent on the land;

• seek synergies with other social, economic and environmental objectives; and

The fundamental aim of LDN is to preserve the land resource base, by ensuring no net loss of healthy and productive land, at the national level. This goal can be achieved through a combination of measures that avoid, reduce and reverse land degradation (Fig 1). Achieving LDN requires estimating the expected cumulative impacts of land use and land management decisions, and counterbalancing anticipated losses through strategically-planned rehabilitation or restoration of degraded land, within the same land type.

LDN is defined as “a state whereby the amount and quality of land resources necessary to support ecosystem functions and services and enhance food security remain stable or increase within specified temporal and spatial scales and ecosystems.” Decision 3/COP.12, UNCCD 2015

Widespread and unprecedented rapid degradation of land threatens food production, water availability, and biodiversity, and energy security worldwide. Land degradation contributes to climate change, deepens poverty, and induces displacement and migration, while those forces, in turn, worsen land degradation. When land is degraded and usable land becomes scarce, women are uniquely and differentially affected given their substantial role in agriculture and food production, greater vulnerability to poverty, and typically weaker legal protections and social status. Women constitute the majority of farmers in many of the regions most severely affected by desertification, land degradation, and drought. Nearly 80 percent of employed women in the least developed countries report agriculture as their primary source of livelihood, while women comprise 43 percent of the world’s agricultural labor force. While they often serve as environmental stewards, women tend to: be excluded from participation and leadership in conservation and management of land, lack access to agricultural extension services and institutional credit, and encounter barriers to participation in development, planning, and policymaking processes. Unlike men, women often have less access to information, resources, and legal rights to land, natural and productive resources. Unequal power relations and gender-based discrimination in legal and customary systems in many societies even deny women user rights to plant trees, control soil degradation and enhance soil fertility.

It is for these reasons that The Environmental Defenders supports Land Degradation Neutrality, including through the conservation of forest ecology and the use of nature-based solutions as a strategy of defense against climate change. Promoting equitable governance, effective management and positive conservation outcomes. We believe that accepted environmental and human rights principles embody the right of everyone to a secure, healthy and ecologically sound environment, and that environmental degradation leads to human rights violations such as the right to life, health, and culture. These are the different actions through which Environmental Defenders is implementing its program to contribute to the LDN; Trees planting and reforestation, seed banking and collection, biodiversity monitoring, land purchase, and acquisition for reforestation, wildlife and plants protection, documentation of environmental crimes, environmental education, and awareness campaigns; Mobilization of rural communities to advocate and take direct action against illegal land sales, and forced evictions taking place without their Free, Prior, and Informed Consent, provide direct legal support, map, and document land rights violations; direct support to women land rights activists and environmental human rights defenders. Creating opportunities for wildlife and people to co-exist; Strengthening women’s land rights and access to resources and improving the living conditions of indigenous populations affected by the impacts of land and environmental degradation.